Machine Learning: what is it and why does it change the world?

Machine Learning is a scientific field, and more specifically a sub-category of artificial intelligence. It consists in letting algorithms discover “patterns”, i.e. recurring patterns, in data sets. These data can be numbers, words, images, statistics…

Anything that can be stored digitally can be used as data for the Machine Learning. By detecting patterns in this data, algorithms learn and improve their performance in the execution of a specific task.

In short, Machine Learning algorithms autonomously learn how to perform a task or make predictions from data and improve their performance over time. Once trained, the algorithm will be able to find patterns in new data.

How does the Learning Machine work?

The development of a Machine Learning model is based on four main steps. As a general rule, a Data Scientist manages and supervises this process.

The first step is to select and prepare a set of training data. This data will be used to feed the Machine Learning model to learn how to solve the problem for which it is designed.

In either case, the data must be carefully prepared, organized and cleaned. Otherwise, the training of the Machine Learning model may be biased. The results of its future predictions will be directly impacted.

The third step is to train the algorithm. This is an iterative process. Variables are run through the algorithm, and the results are compared with what it should have produced. The “weights” and bias can then be adjusted to increase the accuracy of the result.

The variables are then re-executed until the algorithm produces the correct result most of the time. The algorithm, trained in this way, is the Machine Learning model.

The fourth and final step is the use and improvement of the model. The model is used on new data, the source of which depends on the problem to be solved. For example, a Machine Learning model designed to detect spam will be used on emails.

For example, a Machine Learning model designed to detect spam will be used on emails. On the other hand, the Machine Learning model of a vacuum cleaner robot ingests data resulting from interaction with the real world such as moving furniture or adding new objects in the room. Efficiency and accuracy can also increase over time.

What are the main algorithms of Machine Learning?

There is a wide variety of Machine Learning algorithms. However, some are more commonly used than others. First of all, different algorithms are used for labeled data.

Another popular ML algorithm is the decision tree. This algorithm allows establishing recommendations based on a set of decision rules using classified data. For example, it is possible to recommend which soccer team to bet on based on data such as the age of the players or the team’s percentage of wins.

For untagged data, clustering algorithms are often used. This method involves identifying groups with similar records and labeling those records according to the group to which they belong.

Previously, the groups and their characteristics are unknown. Clustering algorithms include K-means, TwoStep or Kohonen.

Association algorithms allow to discover patterns and relationships in the data, and to identify “if / then” relationships called “association rules”. These rules are similar to those used in Data Mining.

Finally, neural networks are algorithms in the form of a multi-layered network. The first layer allows data ingestion, one or more hidden layers draw conclusions from the ingested data, and the last layer assigns a probability to each conclusion.

A “deep” neural network is composed of multiple hidden layers, each of which allows refining the results of the previous one. It is used in the field of Deep Learning.

What is the Deep Learning ?

Deep Learning is a subset of Machine Learning, but it is the most commonly used today. It is an invention of Geoffrey Hinton, dated 1986.

Basically, Deep Learning is an enhanced version of the Learning Machine. Deep Learning uses a technique that gives it a superior ability to detect even the most subtle patterns.

This technique is called deep neural network. This depth corresponds to the large number of layers of computational nodes that make up these networks and work collaboratively to process data and deliver predictions.

These neural networks are directly inspired by the functioning of the human brain. The computational nodes are comparable to neurons, and the network itself is similar to the brain.

What are the different types of Machine Learning?

The system trains on a set of labeled data, along with the information it is supposed to determine. The data may even already be classified in the way the system is supposed to.

This method requires less training data than other methods, and makes the training process easier since the model results can be compared with the already labeled data. However, data labeling can be expensive. A model can also be biased by training data, which will impact its performance later when processing new data.

On the contrary, in the case of unsupervised learning, data are not labelled. The machine simply scans the data for possible patterns. It ingests vast amounts of data, and uses algorithms to extract relevant characteristics required to label, sort and classify the data in real time without human intervention.

Rather than automating decisions and predictions, this approach identifies patterns and relationships that humans may not identify in the data. This technique is not very popular because it is less simple to apply. However, it is becoming increasingly popular in the field of cybersecurity.

This approach is useful in situations where the amount of labeled data is insufficient to train a supervised algorithm. It provides a workaround to the problem.

Finally, reinforcement learning involves letting an algorithm learn from its errors to achieve a goal. The algorithm will try many different approaches to try to achieve its goal.

Depending on its performance, it will be rewarded or penalized to encourage it to continue along a path or to change its approach. This technique is notably used to allow an AI to outperform humans in games.

For example, Google’s AlphaGo beat the Go champion thanks to reinforcement learning. Similarly, OpenAI has trained an AI capable of defeating the best players of the video game Dota 2.

Use cases and applications

In recent years, we have heard about many advances in the field of artificial intelligence. Similarly, AI applications are multiplying. In fact, the vast majority of advances in this field are directly related to Machine Learning.

The Machine Learning is hidden behind a large number of popular modern services. For example, the recommendation systems of Netflix, YouTube and Spotify make use of this technology.

The same goes for the web search engines of Google and Baidu, for the news feeds of social networks such as Facebook and Twitter, or for voice assistants such as Siri and Alexa. Thus, the Learning Machine can be considered a flagship innovation of the beginning of the 21st century.

That’s why the above-mentioned platforms and other web giants collect vast amounts of personal data about their users: the kind of movies you prefer, the links you click on, the publications you react to… all this data can be used to feed a Machine Learning algorithm and allow it to predict what you want.

Machine Learning is also what allows robot vacuums to clean up on their own, your mailbox to detect spam, and medical image analysis systems to help doctors spot tumors more effectively. Autonomous cars also rely on machine learning.

Digital assistants, such as Apple Siri, Amazon Alexa or Google Assistant, rely on Natural Language Processing (NLP) technology. This is a Machine Learning application that allows computers to process voice or text data in order to “understand” human language. This technology also powers the voice of your GPS or Chatbots and speech-to-text software.

As Big Data continues to grow, with more and more data being generated, and as computing continues to gain power, Machine Learning will offer even more possibilities .

You are now familiar with the Machine Learning. This discipline is at the heart of Data Science, and you will be able to initiate yourself through our Data Scientist training. Discover also how to use the Python language for Machine Learning.

Mushroom recognition : How computer vision can aid in the identification of species 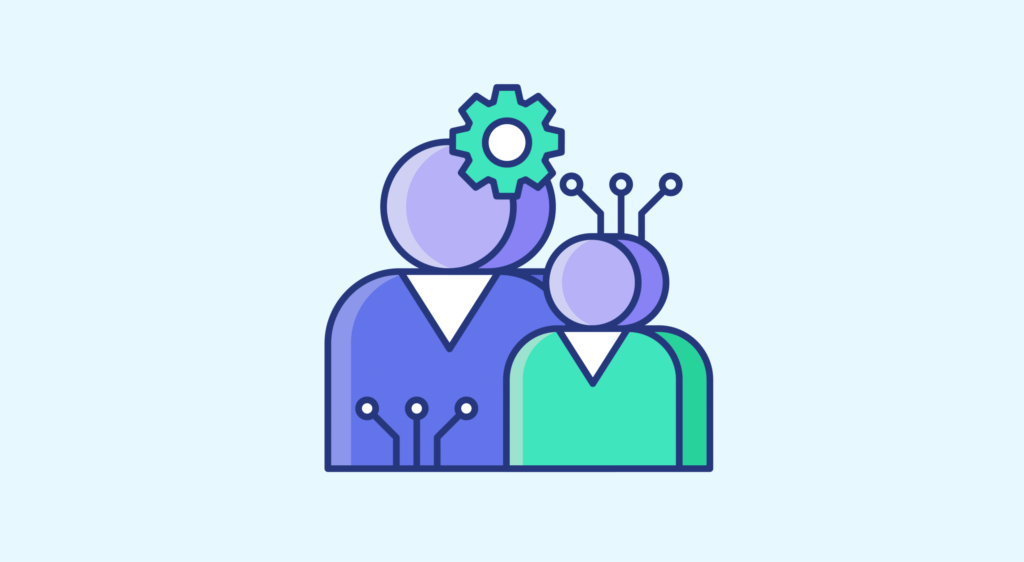 What is a Solutions Architect (SA) ? 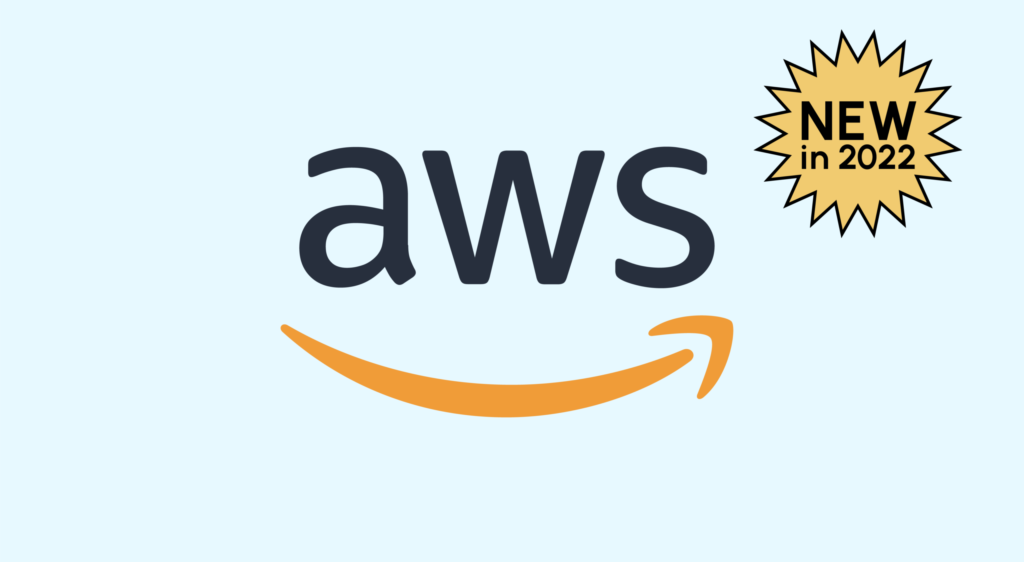